Inquiry into the self and emotions 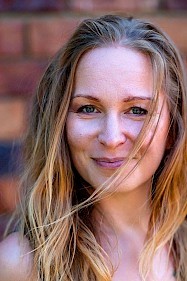 I offer three types of Skype or Zoom sessions. For those who haven't seen through the separate self yet, inquiry into the notion of an autonomous, inherent self that is seemingly housed in the body with doership and free will. The one that thinks, does, decides, feels emotions, and experiencing the world out there through the windows of the eyes.

For those who have already seen through the notion of a separate self, I offer sessions for deepening and stabilize (thus embody) their seeing; looking at other related beliefs that keep them flip-flopping between seeing and identifying. We could do a deep dive into investigating the appearance of the body, the notion of time and space, cause and effect, and other related topics.

The third type of inquiry is all about emotions, which can be looked at both before and after seeing through the notion of a separate self. Emotional inquiry is about identifying and deeply investigating those beliefs and stressful thoughts that makes us feel guilt, shame, blame, sadness, regret, sorrow, resentment, anger, frustration. Looking deeply into these patterns and beliefs will reveal how they are constructed. By clearly exposing their true cause they lose their power and grip or completely disappear.

You can read more about this in detail on my website.

When smelling an object, what is real about the sense of smell? When does it start, and when does it end? What causes the experience?

Having been a serious seeker myself, I hope to share my experience on how to stop the seeking addiction, hope this can be helpful for some. ???? In summary, I have been seeking for 6 years and reading over 500 books but it led me only to temporary blissful/peaceful experiences which kept the… More