The false belief is the belief in a separate “me”.

“Experience and our Perspective are determined by beliefs and mental structures (memories of what happened, reactions to those events, the beliefs that are built up around that). For example, if there is the belief that someone is wrong for causing us pain there will likely be the experience of anger. If we believe someone is causing us discomfort in order to save our lives there may be the experience of feeling grateful. Same event, two different experiences arising because of the different beliefs. Belief systems are the glasses through which the world is interpreted, the lenses through which experience is filtered.

At the heart of this belief system is the belief in separation and the belief in a separate “me” – “I” exist as a persistant, separate object in a universe of separate objects. Believing that there is a “me” that is a separate object gives the experience of being isolated and cut off from the world – “I” am in here and the world is out there. This gives rise to fear – “I” am on my own, “I” am at risk in this large, separate universe. To try and resolve this inherent fear there is the attempt to strengthen the “me” – improve the self image, get the approval of “others”, try to control circumstances so that “we” are safe and get want “we” want. Believing in a separate me, and believing in a world of separate objects, we have to locate the separate “me” somewhere – its an object so it has to exist somewhere. So we put the “me” somewhere inside this body, usually a vague sense of it being somewhere behind the eyes.

But all of this creates more fear. Our self image is just that, an image. Its not a real thing so it never matches reality so it is perpetually at risk. Feeling “we” are dependent on the approval of others makes their response a source or risk for “us” and creates the belief that we need to control their reactions to us. Believing that there is a “me” that can control things and optimize its destiny leaves us in the position of feeling like we have to control things and determine the outcome. And since that control isn’t really possible we always feel like we are at risk of being out of control and of losing things. Associating the “me” with the body makes us believe we are dependent on the life of the body and thus we are stuck with the perpetual fear of death – the death of the body will be the death of us. So fear on all sides. Driven by fear, constantly trying to outrun it, but never being to outrun it. There is no security to be found in any of it because fundamentally it is all based on a false belief.

The false belief is the belief in a separate “me”. The separate “me” does not exist and it never has. Its possible to verify this directly. This doesn’t have to be taken on as another belief or assumption. This can be looked at directly to see whether this is true. But it requires openness, honesty and dedication so this can be looked at thoroughly, so all doubt can be removed one way or the other. Feeling ready?”

The “I” is truly only a thought. It is an illusion. A superb illusion. This “I” can be searched for but never found in the real world. This truth has been there all the time, right out in the open. When seeing happens, clarity begins. 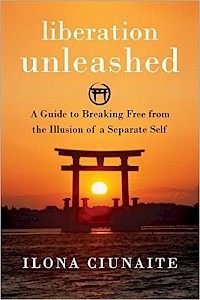